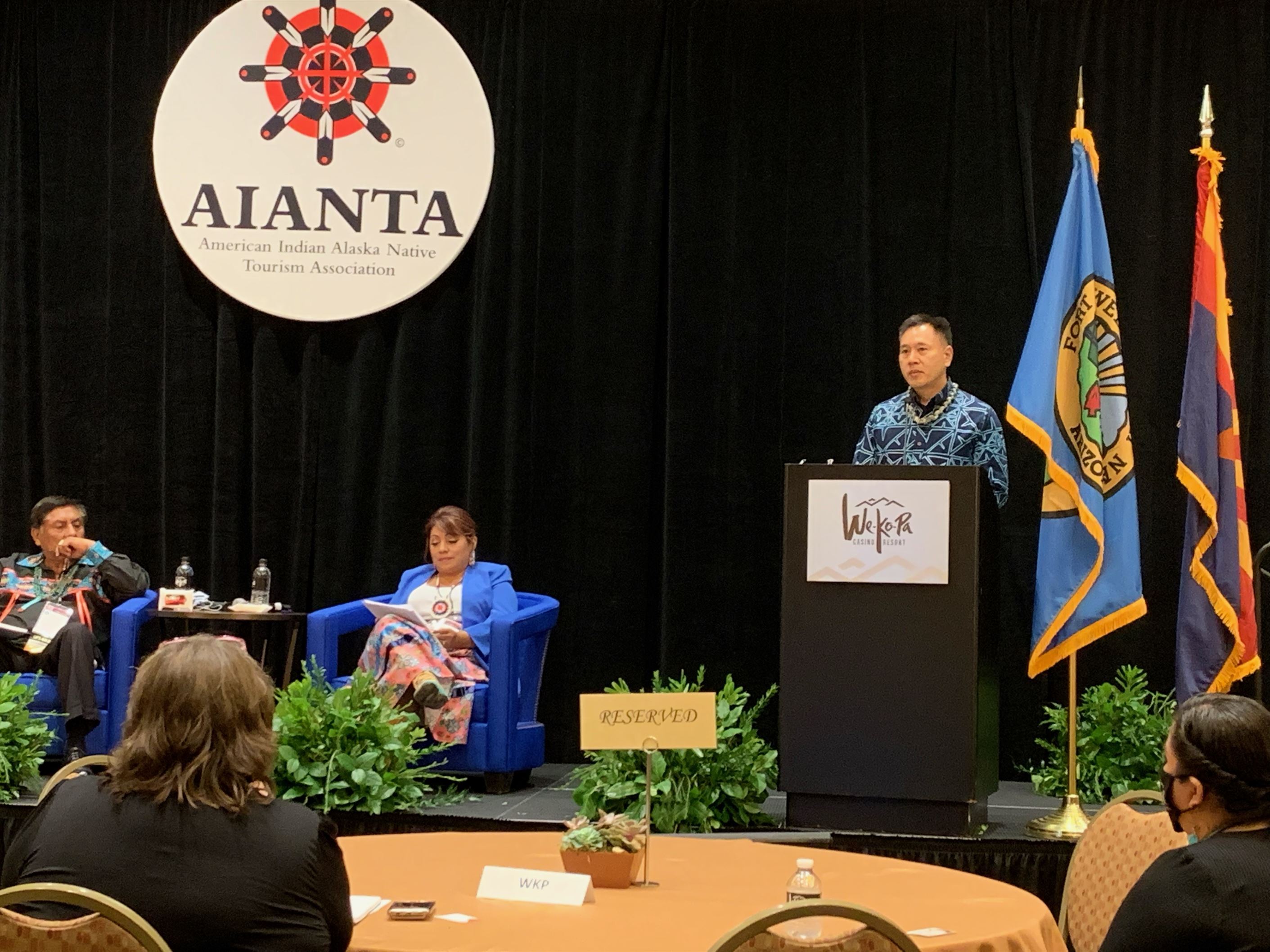 The report, the first to formally track the economic impact of Native-owned hospitality businesses, also revealed that one in four American Indian, Alaska Native, and Native Hawaiian (AIANNH) owned firms are directly supported by the tourism industry. These 40,618 businesses provide 117,852 jobs across the country

“This report confirms that Indigenous tourism businesses in the U.S. are an economic powerhouse,” said Sherry L. Rupert, AIANTA CEO. “For too long, the Native hospitality industry has not had hard data to back up the perceived value of its economic impact, so we are delighted to release this study. We are especially thrilled to learn that more than one in four Native-owned businesses are hospitality businesses.

The report was produced by Honolulu-based SMS Research under the guidance of the firm’s Executive Vice President Daniel Nāhoʻopiʻi (Kānaka Maoli, Native Hawaiian), who formerly managed the tourism research program for the Hawai’i Tourism Authority

“This report showcases the importance of tourism to Native businesses,” said Nāhoʻopiʻi. “Especially since AIANNH-owned hospitality businesses report a larger-than-average number of employees (among firms with paid employees) and larger than average sales (across all firms) than their AIAANNH counterparts who are not engaged in the tourism industry

About the Economic Impact of Indigenous Tourism Study

Data for the Economic Impact of Indigenous Tourism Report was collected from the Annual Business Survey and the Nonemployer Statistics by Demographic (NES-D). Since the most recent data collected for NES-D was 2017, the study utilized the 2018 ABS survey (2017 data) in order to accurately benchmark information across all business types.