A majority of Hawai‘i residents feel that Hawai‘i must continue to promote tourism. Wary residents also believe travelers to the State should be required to take a COVID test, regardless of vaccination status.

Though supportive of tourism, Hawai‘i residents were still wary of outside travelers bringing in the next wave of Coronavirus infections. Six out of ten adult residents felt travelers coming into Hawai‘i should still take a COVID-19 test even if they have proof of vaccination. Even more cautious, 75 percent of all Neighbor Island residents stated that vaccinated travelers should still be tested compared to 53 percent of O‘ahu residents. There was no significant difference in responses among age groups, ethnicity, household size, or income. 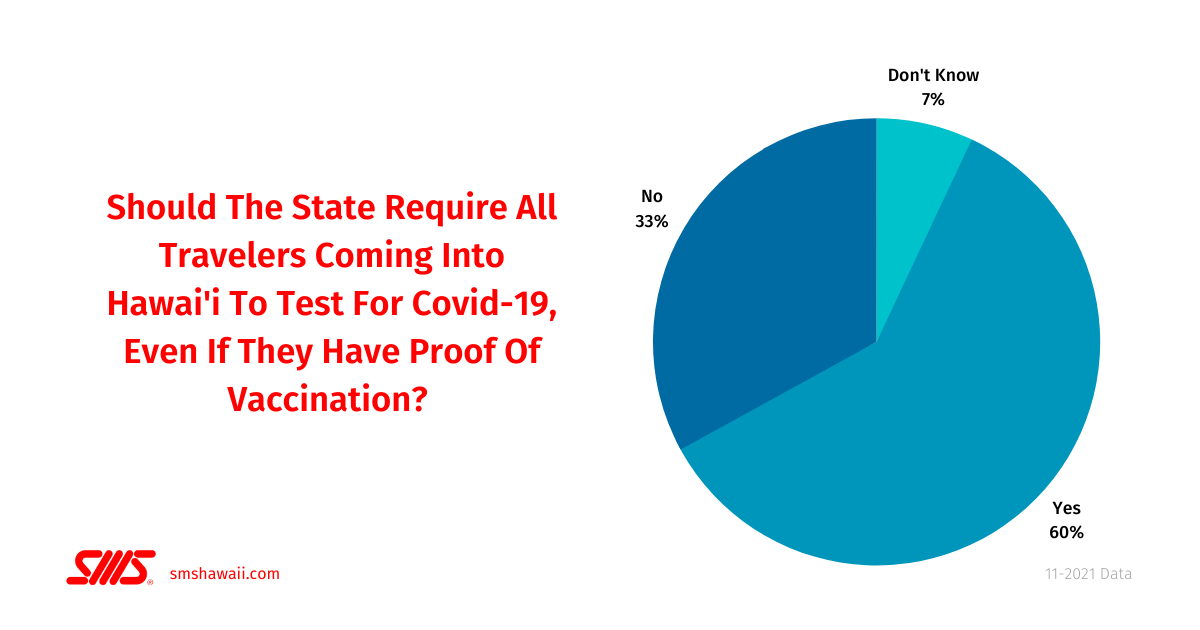 The SMS Community Pulse Surveys are independent, non-sponsored surveys. In 2020 the surveys were conducted from May 5 - May 10, June 11 - June 17, July 31 - August 8, and October 19 - October 31. In 2021 it was conducted from May 18 - 26, and again November 4 - 8. The surveys are statewide surveys undertaken through a panel of Hawai‘i residents. All survey cycles had more than 400 completed surveys. 408 surveys were completed from November 4 to November 9, 2021. A probability sample of 400 plus completed interviews has a sampling error estimate of +/-5 percentage points at the 95 percent confidence level. Data were balanced to reflect the adult population of the State using the 2019 U.S. Census data.