More than half of Hawai‘i residents would still wear a mask even when all Federal, State, and County restrictions were lifted, according to the 7th Community Pulse Survey by SMS Hawai‘i. 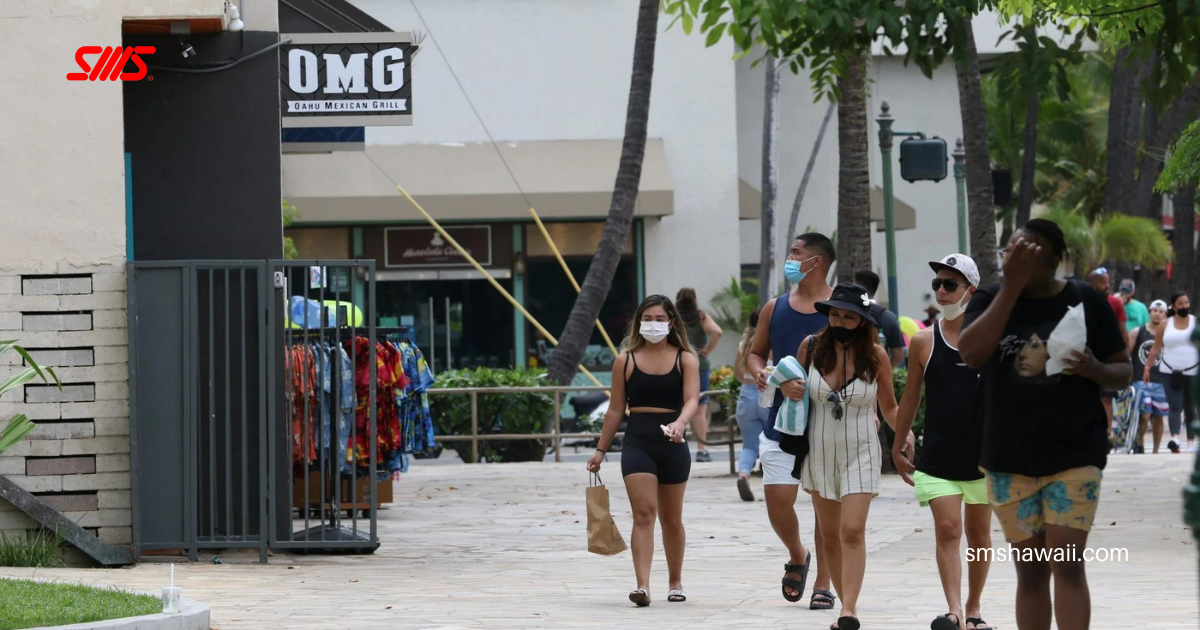 More than half of Hawai‘i residents would still wear a mask even when all Federal, State, and County restrictions were lifted, according to the 7th Community Pulse Survey by SMS Hawai‘i.

Now that the Counties do not require mask wearing for adults and a federal judge stopped the federal mask mandate; a majority of residents report they will continue to wear a mask for in-person medical or dental appointments (57%), travel interisland (56%), travel outside of Hawai‘i (56%), going to a shopping center (53%), and seeing a movie in a theater (51%).

Residents younger than 35 years old were less likely to want to wear a mask for overseas and interisland travel. And Caucasian residents were also less likely to wear a mask when they go to church or religious ceremony, while seeing a movie in a theater, at an in-person medical or dental appointment, or going to a shopping center.

However, the desire to wear a mask did not differ significantly between O‘ahu and Neighbor Island residents. There was also no significant difference in responses between genders or household incomes.

The SMS Community Pulse Surveys are independent, non-sponsored surveys. The surveys are statewide surveys undertaken through a panel of Hawai'i residents.. All survey cycles had more than 400 completed surveys. In 2020, the surveys were conducted from May 5 to May 10, June 11 to June 17, and July 31 to August 8. In 2021, the surveys were conducted from May 18 to 26 and November 4 to 9. Most recently, the survey was conducted between March 30 and April 11, 2022. A total of 551 surveys were completed in the most recent survey. A probability sample of 400 plus completed interviews has a sampling error estimate of +/-5 percentage points at the 95 percent confidence level. Data were balanced to reflect the adult population of the state using the 2019 U.S. Census data.

Have you been contacted for an SMS telephone or online survey and wonder if it’s legitimate? You should know that SMS Hawai'i is a respected socioeconomic research company. We conduct surveys for the State of Hawai'i, local government agencies, businesses, and nonprofit organizations.

Our surveys are a chance to share your views on important issues in your community. We only want one thing: your opinion.