The Need: Quantify the nationwide economic impact of Native businesses in tourism.

Here's what we found.

The organization’s leaders knew that Indigenous-owned businesses played an important role in tourism and that the industry offered good opportunities for Native entrepreneurs. However, AIANTA needed solid data to support this claim. While the organization had done some internal member surveys, no formal study had ever been done to quantify the nationwide economic impact of Native businesses in tourism.

AIANTA wanted hard numbers to present to Congress and other decision-makers so that Native tourism businesses would be taken seriously and considered in future funding and policy decisions.

AIANTA selected SMS Hawaii for this research project. SMS was a natural partner because of its decades of experience conducting socioeconomic studies, as well as its long track record working with the Native Hawaiian community and the tourism industry.

SMS proposed analyzing US Census economic and demographic data and drawing on its own prior studies of Native Hawaiian businesses in the tourism industry. 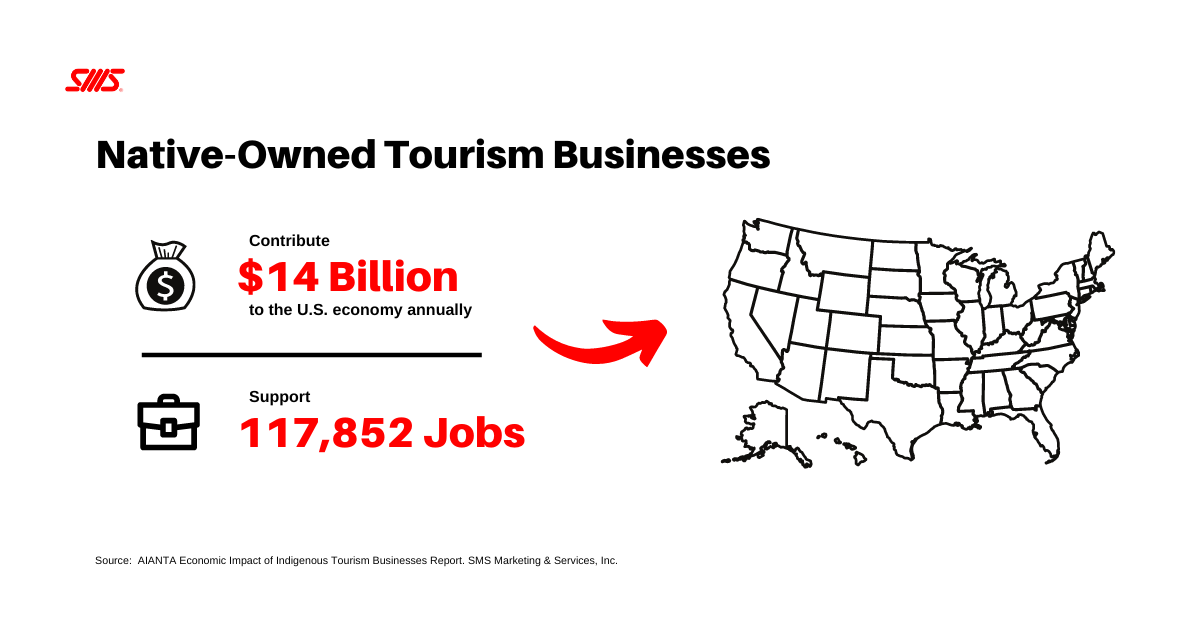 For the AIANTA study, SMS used data from the US Census Annual Business Survey and the US Census Non-Employer Statistics by Demographics report. These data sets included information about businesses, including the number of employees, sales, revenues, business type, and owner ethnicity.

SMS aggregated the two data sets and analyzed the results by state and nationwide. The team then organized the data according to industry and ethnicity. Finally, they compared statistics for Native- and non-Native-owned businesses and tourism and non-tourism businesses.

The report was shared nationally by AIANTA, and AIANTA leadership used the impact findings to encourage congressional representatives to utilize NATIVE Act funding for grants directly to tribes and to support the work of AIANTA.

The report was so well-regarded that AIANTA partnered with SMS to conduct a comprehensive assessment to identify the most-needed areas for technical assistance and training to build and grow a robust cultural tourism industry for Native communities. This planning study will involve data collection as well as consultation with tourism, hospitality, cultural, and community stakeholders.